In the first major tournament of the year, Foothill Club Water Polo team’s came ready to play as three different age groups walked away with championships! In a battle of 14 & Under Boys heavyweights, Foothill overcame an early deficit to defeat Huntington Beach, winner of October’s Evan Cousineau Cup and November’s Southern Pacific Zone Championships. In the 14 & Under Girls division, Foothill dominated defensively, allowing only 12 goals over four games to claim gold. In the 16 & Under Boys division, rushed out to a four goal halftime lead and held on for a victory over zone rival LA Premier. This marks Foothill’s best overall performance in the early season tournament, setting up for an exciting year for the club! Congratulations to the champions and all our teams that competed this weekend! Click on the below to enlarge the pictures of the Championship teams. 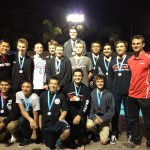 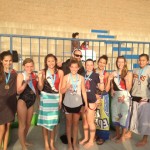 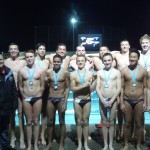