The Memorial Weekend saw athletes from across the country head to Southern California in hopes of earning a position on a USA Water Polo National Team. After it was all said and done, 8 Foothill athletes were named to different age group National Teams and will move forward to compete for roster spots for the USA travel rosters! Below are the 2013 Foothill Selections: 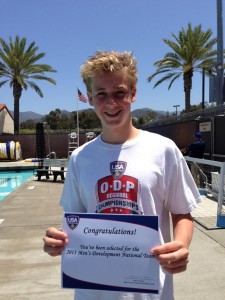